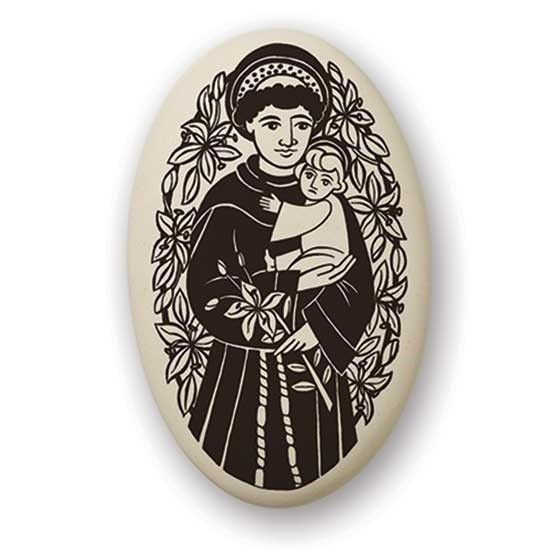 Patron of lost objects, things that are hoped for & the poor

Saint Anthony left his wealthy family in Portugal to become a poor Franciscan priest. He shipwrecked on his way to evangelize and joined other brothers living in a cave in San Paolo near a monastery. There, he became a legendary speaker, attracting crowds wherever he went. Legend says that even fish would gather to hear him speak. St. Anthony is one of the most beloved of all saints.