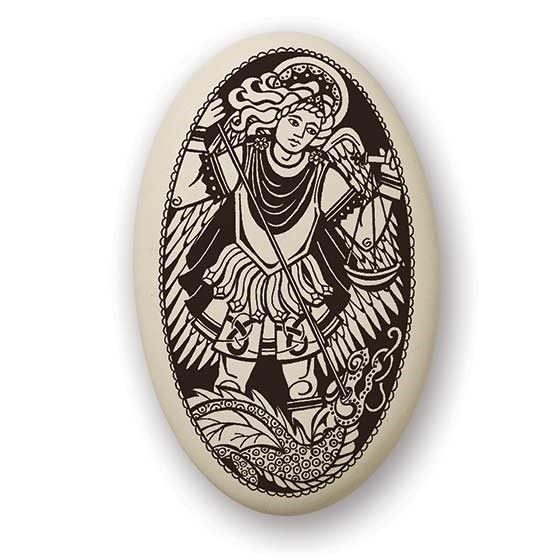 Patron of police, soldiers & all protectors

St. Michael is one of three archangels who is believed to be closest to God. Devotion to Michael is common to Christians, Muslims and Jews. He is traditionally pictured with the Latin, “Quis ut Deus”, meaning “who is like God” on his chest. As a warrior, Michael led the battle against the angels who rejected God to follow the fallen Lucifer. The knights of the Middle Ages invoked St. Michael as their patron.