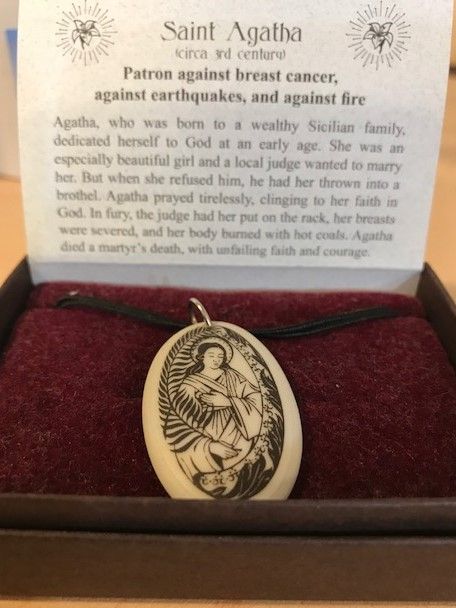 Patron against breast cancer, against earthquakes, and against re

Agatha, who was born to a wealthy Sicilian family, dedicated herself to God at an early age. She was an especially beautiful girl and a local judge wanted to marry her. But when she refused him, he had her thrown into a brothel. Agatha prayed tirelessly, clinging to her faith in God. In fury, the judge had her put on the rack, her breasts were severed, and her body burned with hot coals. Agatha died a martyr’s death, with unfailing faith and courage.