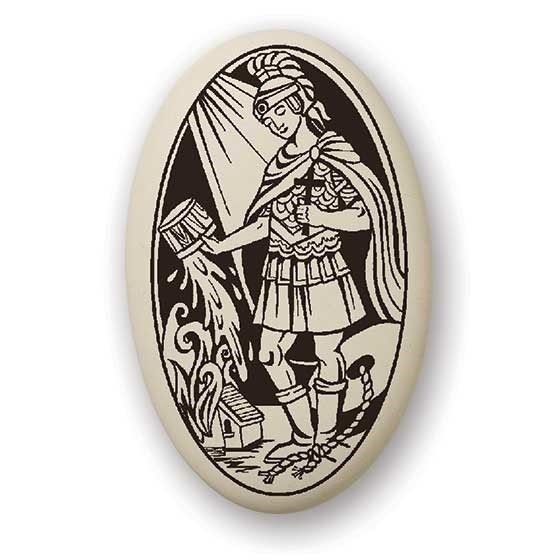 Patron of firefighters, Poland, and Austria; protector from floods

Florian was an officer in the Roman army in Austria. He was well known for his bravery and is said to have stopped a town from burning by saying a prayer and throwing a single bucket of water on it. When ordered to execute a group of Christians, Florian refused and proclaimed that he was a Christian also. He was sentenced to be burned to death. He stated he would climb to heaven on the flames. Instead, Florian was then thrown in a river with a stone around his neck to be drowned.